Farming is by no means the easiest or most economically viable way of making a living nowadays.  But the local community in the Rogersville rural area still tries and the monks are happy to be part of this community.   Mankind will always need farmers because farmers produce food.  We believe that the smaller farmer will soon come back into his own as consumers become more insistent on knowing where their food comes from and grow more interested in locally produced foods.  The new sensitivity to the environment will also favour the smaller farmer over the giant mass-producer.  So we believe that any farmer who can manage to hang on in there may see his fortunes turn around.   The monastery was founded with a specific view to monks who would engage in agriculture.  There is certainly something to be said for those who are trying to live a life of prayer focussed on God the Creator being in touch with the land and with animals.  Few monasteries remain that are still farming.   Our Lady of Calvary remains committed to this style of life and tries to husband its forestland and make its modest contribution to the local agricultural scene.

The following analysis of our farm operation was made by agricultural advisors in March 2007 but see below it for more recent modifications to our farming operation.

The Trappists operate a poultry farm, broilers.  Forage, pastures, forage corn and grain corn cover 350 acres of cultivated land.  Slopes range from about 1% to 4%, and the soils are sandy loam.  The farm produces liquid dairy manure which is mixed with wood shavings from the bedding.  The manure is stored in an earthen lagoon.  Broilers are raised going through 6 cleanouts per year with roughly 40,000 birds each time.

So the dairy operation was closed in April 2018.  The arable land and some of the cattle installations were leased to a local dairy farmer.  The poultry operation continues with 6 flocks of broilers a year. 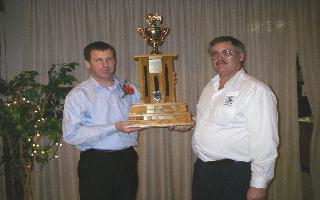 Br. Stephan receiving the award for Farm of the Year 2008

The Pope on agriculture:
"Almost fifty years ago, my predecessor Blessed Pope John XXIII had this to say about the task of tilling the soil: “Those who live on the land can hardly fail to appreciate the nobility of the work they are called upon to do.  They are living in close harmony with Nature – the majestic temple of Creation…Theirs is a work which carries with it a dignity all its own” (Mater et Magistra, 130-131).  All human labour is a participation in the creative providence of Almighty God, but agricultural labour is so in a pre-eminent way.  A truly humane society will always know how to appreciate and reward appropriately the contribution made by the agricultural sector.  If properly supported and equipped, it has the potential to lift a nation out of poverty and to lay the foundations for increasing prosperity."  (Benedict XVI, Address to the members of the International Fund for Agricultural Development, 20 February 2009). 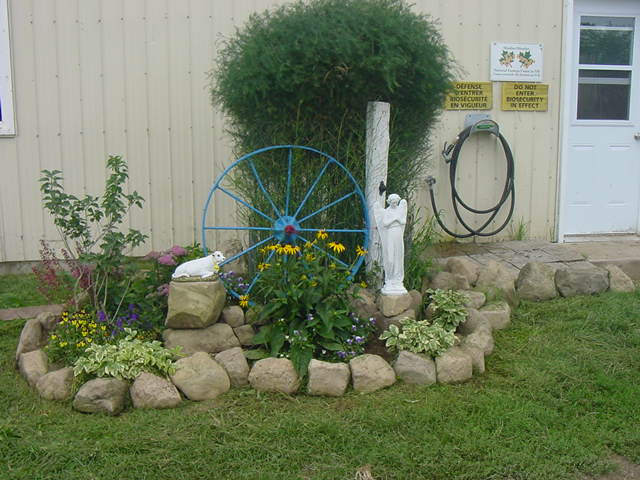