Friday 1st. Father Bede said our Canada Day Mass this morning. Dom Innocent did some mowing in the cemetery.

Saturday 2nd. Starting this week, we leave off our cowls for Lauds and Vespers, till things cool down.

Monday 4th. Our customized farm pick-up truck, with organ pipe styled dual exhaust, was certified road-worthy for another year. To the surprise of some, a new restaurant is about to open in our small village, we drove by it today. 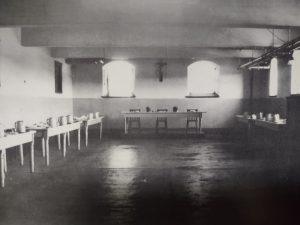 The refectory as it was whwn Br. Leo entered the monastery.

Tuesday 5th. Brother Stephan resolved a new problem with the bells’ mechanism. Brother Leo, arriving in the refectory as usual for his breakfast, looked around and laughed and said if you could have seen, this place as it was when I entered: bare concrete floors, pipes along the ceiling, et cetera.

Thursday 7th. Some lake-shore brush facing the monastery was cut down. The cliff, which also has a now-unused path down to the lake, tends to get overgrown, blocking the view.

Friday 8th. A new community calendar was posted, for the remaining months of 2022. Our annual retreat is now arranged, it will be in November. In September, there will be the second part of the general chapter in Assisi for Dom Innocent, followed directly by apple juicing with bottling.

Saturday 9th. Canada was hit with a massive telecommunications fail, we were spared, and some were happily remembering that this was the company that once refused to offer us service, when asked…because we are on the wrong side of the track.

Sunday 10th. Just before dawn, an eagle was diving for fish on our lake.

Monday 11th. Today was the solemnity of Saint Benedict, father of monks. In the prayers at Lauds, we addressed Jesus in these terms: ‘in You is our strength; in You our perseverance.’ Outside, the double bells were peeling away today, it was nice. The day also included, as always on July 11, prayers for Europe, as Benedict is its patron.

Tuesday 12th. At the end of chapter this morning, Dom Innocent reviewed our manner of arranging things for the guest-house, and the grounds.

Wednesday 13th. Bede is called, on day to day to look into bookings, these days, with several new faces among those who show up. E-mail has become the preferred way for people to book.

Thursday 14th. The Church nearest us, in Collette, was demolished yesterday. This was the Church where Dom Bede received his Abbatial Blessing, in 2003. The Church was built in 1914 (partially rebuilt in 1954), through the initiative of Msgr. Marcel-François Richard —the fourteenth Church he had built in the area.

Friday 15th. A new cutlery tray made its debut in the refectory, and it was goodbye to the grey plastic one we had turned to so often. Guests brought us some kiwis, and these went down well.

Saturday 16th. We heard from a friend visiting the Our Lady of Grace community, in  Monastery, Nova Scotia; a place which came by its name honestly. Presently, Augustinian contemplative nuns are maintaining the prayer presence there, as they continue with their ‘save the monastery’ campaign. 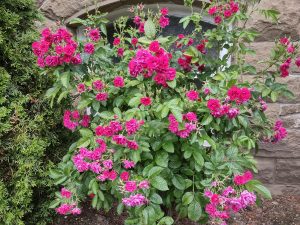 Sunday 17th. The Pope will be in Canada, soon. He will not show up around here, but native communities we know, nearby, will have some members in attendance for him.

Monday 18th. Our guest book for summer is gathering names from far and wide. Sometimes, there’s also an eloquent observation regarding the monastery, from a retreatant experiencing it for the first time.

Tuesday 19th. Our Vigils readings are taking us on a long excursus through the Book of Job — a favourite of monks — with commentary usually from Saint Gregory the Great or Saint Augustine.

Wednesday 20th. With thunderstorms just ending, a crow was investigating a field our neighbours had cut and gathered. Later in the week, dump trucks of cut grass moved along to the sileage bunkers that we now let out.

Thursday 21st. Brother Leo was remembering his many jobs in the monastery, and thinking back to his work as a teenager, teaming up horses who would skid felled trees out of the woods for him, then back to the lumberjack camp. The horses were pleasant to work with, he says; attentive, even affectionate company.

Friday 22nd. The raspberry u-pick is now open, and we enjoyed some of our own raspberries yesterday evening; quite fine. Brother Leo received the gift of a little plush animal, from a long-time native Canadian friend of his. 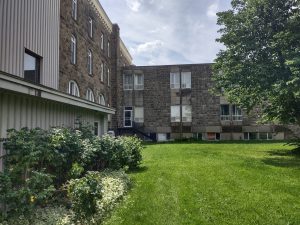 Saturday 23rd. Father Jacques Pineault of Scourmont sent us a complimentary copy of his new history book, Il était une fois Bonne Fontaine 1152-1790, which shines quite a light on quite a stretch of monastic history.

Sunday 24th. Monks stepped outside for a brief walk in the fresh air at dawn or before, as heat warnings continue, though this afternoon under overcast skies conditions weren’t that bad either.

Monday 25th. Today marked the 24th anniversary of Priestly Ordination for Dom Innocent. This afternoon, the chicks arrived to begin a new poultry cycle. The barn was heated in advance for them, while it remains on the hot side outside, too.

Tuesday 26th. We learned of the death of Brother Alberic Brunet, monk of Oka, then of Prairies, then, with Prairies’ closure, of Oka again, under its new name Val Notre Dame, though he remained in Manitoba to the end. He was someone who integrated well the prayer and work aspects of our life. He once took me through the cheese production process he used at Prairies. It seemed that much depended on a person having ‘the touch’.

Wednesday 27th. In light of Francis’ ongoing visit to Canada, Father Bede offered Mass for the Pope today. A Mass that is not used often, it also forms a distinctive prayer for all the Church.

Thursday 28th. Father Roger got some fresh blueberries for us from a local supplier. Blueberries also grow wild here, quite a ways behind the monastery, under the power lines. 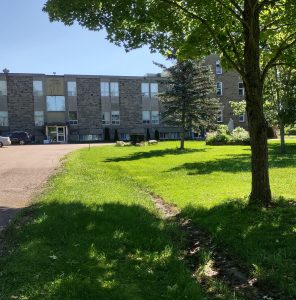 Friday 29th. By accessing the car’s computer, Brother Stephan sorted out why the engine light has been coming on in the Kia. It was the gas cap, not on tight enough.

Saturday 30th. As usual on Saturdays, we prayed both Sexte and None before lunch, in order to have a longer afternoon pause. This practice was introduced many years ago, especially to coax the monks to vary their routine just a little. At the time, the superior Dom Maurice felt the monks were veering towards an attachment to work, for work’s sake.

Sunday 31st. At lunch, we listened to a compilation of Louisiana  blues, and rhythm and blues, as performed by the old masters. On one song, the blues got so intense that the fellow ended up way over in New Jersey.